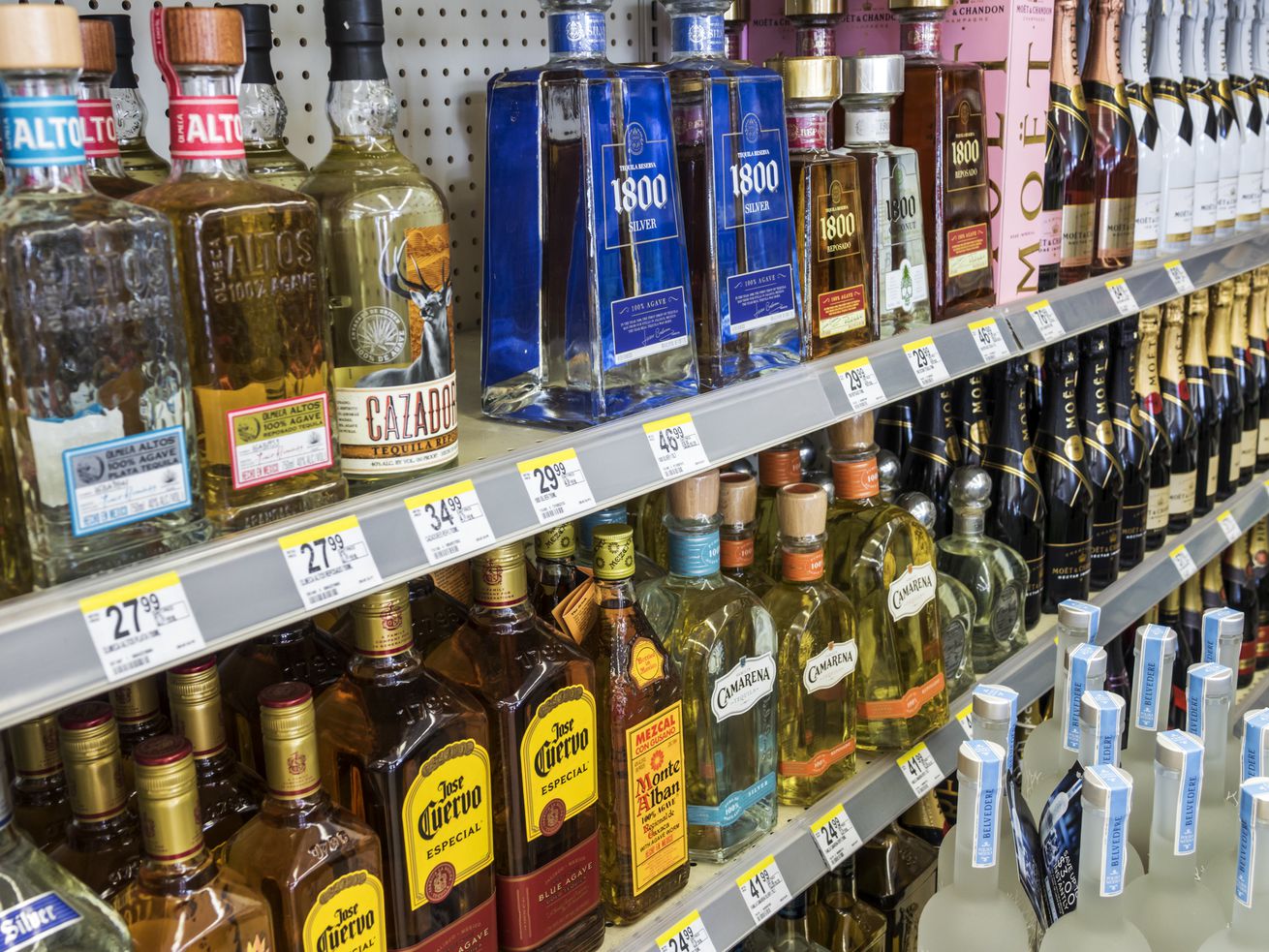 While grocery and liquor store sales are up during the pandemic, small breweries are on much shakier footing

The dining room at chef Albert Di Meglio’s Brooklyn restaurant Barano might be empty, but business at Spirit Animal, his natural wine store next door, has never been better. “People have been buying cases,” says Di Meglio, who’s careful to let in just a few customers at a time to ensure social distancing. “The typical [mentality] used to be ‘let me get wine for a couple days.’ Now it’s ‘let me stock up for the week, or two weeks.”

The dichotomy Di Meglio observes on his block in Williamsburg extends across the country. Beer, wine, and liquor sales have collapsed at bars and restaurants, whose on-site business has been largely shut down in an effort to limit the spread of the new coronavirus (though some states have recently permitted bars and restaurants to serve alcohol to go). But people haven’t stopped drinking — if anything, they may be doing so more heavily than before. Customers are raiding the shelves at liquor stores and wine shops, businesses deemed “essential” by many state governments and permitted to remain open, as if stocking up for a very wet apocalypse.

“It’s more to calm the nerves,” Di Meglio says. “This is a catastrophe, what we’re living through… wine is delicious, and it takes the edge off.”

According to Nielsen data for the week ending March 14, off-premise (i.e., grocery and liquor store) sales were up 27.6 percent for wine, 26.4 for spirits, and 14 percent for beer, cider, and malt beverages (compared to last year’s sales for the same week). Order sizes are bigger, too: Three-liter boxed wine is up 53 percent, and 24 packs of beer are up 24 percent. Some specific retailers point to even higher numbers. Gary’s Wine & Marketplace, which operates four locations in New Jersey and one in Napa, California, has seen a 62 percent increase in overall sales, a 20 percent increase in overall in-store foot traffic, and a 300 percent increase in local delivery. At Liquor Barn, the leading alcohol retailer in Kentucky, purchase sizes are up 48 percent, and delivery sales, a recent point of focus, are up 600 percent. “We always thought delivery was the future, and we spent a ton of capital investing infrastructure to do it,” says Jonathan Blue, whose equity firm owns Liquor Barn.

Off-premise sales were up 27.6 percent for wine, 26.4 for spirits, and 14 percent for beer, cider, and malt beverages

For online alcohol delivery startups, the future has arrived, and it’s waiting downstairs with your order. On Friday, March 13, wine rating app and ordering platform Vivino saw its biggest sales ever, with 300 percent growth internationally in terms of value of merchandise sold. Last week, the ordering app Drizly saw sales shoot up 300 percent from earlier this year. New Drizly orders are also larger than usual: Consumers are spending 25 to 50 percent more per purchase.

Drizly doesn’t sell alcohol itself, but works with more than 180 U.S. retailers in 30 states that use their own delivery couriers. Almost all of those stores, which run the gamut from small neighborhood shops to liquor superstores like Bevmo, are still up and running, Drizly’s team says. Contact-less delivery — leaving a package on a doorstep, as is suddenly the norm for many food-delivery companies — isn’t legal for alcohol delivery. But Drizly is encouraging couriers to practice new social-distancing precautions, like not passing IDs back and forth and skipping in-person signatures.

Liz Paquet, Drizly’s head of consumer insights, won’t say for sure that the current boom represents a new normal. ”All bets are off at this point,” Paquet says. Yes, “people are buying more — but that could be attributed to the fact that on-premise isn’t an option anymore in most markets.” Alcohol sales are up in aggregate, that is, but it’s possible that the uptick in off-premise sales (at retail stores) does little more than make up for losses at on-premise (or bar and restaurant) locations for most manufacturers and distributors.

Lester Jones, chief economist at the National Beer Wholesalers Association, which represents almost 3,000 independent beer distributors, notes that the beer industry is split between about 80 percent off-premise sales and 20 percent on-premise sales. Wine and alcohol sales are split similarly, experts say. In past weeks, “we watched the on-premise channel whittle down to a slow trickle, but to balance that out, you see an increase in off-premise,” Jones says.

The disruption isn’t ideal for distributors or big breweries, but it’s not disastrous for them, either. Small breweries, on the other hand, rely on taproom sales and self-distribution of kegs to local bars and restaurants, instead of expensive canning, bottling, and distribution contracts. That puts them on much shakier footing. “The reason there are so many small breweries now is because of taprooms,” says Sam Gilbert, owner of four-year-old Oakland brewery Temescal Brewing Co. “We can sell product across our own bars, and that makes the numbers work at a smaller scale. So having those taprooms no longer safe for the moment is going to have an outsized effect on breweries for whom taprooms are a primary source of income.” To survive, Gilbert has been forced to lay off staff, and Temescal has turned to new options like curbside beer pickup and online sales.

The burgeoning craft-spirits industry faces the same plight. “Our new reality is pretty fucking grim,” says Lance Winters, owner of the 38-year-old craft distillery St. George Spirits in Alameda, California. “I think this is stopping dead in its tracks a really positive trajectory we’ve all been enjoying,”

His concern, beyond the future of his own business and the bars and restaurants he works with, is that big companies will weather this storm, while small ones won’t. “Catastrophes like this tend to favor the institutional brands,” Winters says.

Industry experts like Brian Rosen of Bevstrat, a marketing and strategy firm for small brands, agree. During and perhaps after this crisis, Rosen suspects people will gravitate toward “comfort brands” with familiar names — Tito’s, Franzia, Mondavi — and they’ll get all the help from distributors.

“What’s going to happen is these big brands, Bacardi and all of them, have an open-door policy with big distributors — they have entire Bacardi divisions,” says Rosen. “So for everyone to come close to hitting any 2020 financial numbers they had forecasted, they’ll have to say, forgot [the little brands], I need to focus on Jim Beam right now… because the big commodity suppliers are saying, ‘Sell my brand, or I’ll leave.’”

What customers can do to push back, Gilbert of Temescal Brewing suggests, is pretty straightforward: Buy small and local brands as directly from producers as possible — while maintaining a healthy, six-foot distance, of course. After all, people haven’t stopped drinking, as the numbers show.